Travel to Costa Rica Made Easy

We help you Save Time, Money & Get the Most out of Your Vacation to Costa Rica.
Take the stress out of travel abroad with Expert Advice from one of our Travel Experts.
Our Vacation Packages can be Custom Tailored to suit your Needs, Interests & Budget.

Best Things to Do

Where to Stay in Costa Rica?

Guide to the Best Hotels in Costa Rica

All Inclusive Resorts in Costa Rica

We at My Costa Rica are proud of the customer service and personalized attention that we offer our guests.
We’re available for our guests 24/7 during their trips should they need us for any reason.
Save Time, Money & Have the Best Vacation to Costa Rica with our custom travel packages.
But don’t take our word for it – see what our clients have to say!

When You Travel with us, You make a Difference

We believe that travel can change lives in a positive way

Not only do we broaden our perspectives and open ourselves to new experiences when we travel, we also can leave a positive impact on the people and places we visit. Every year, My Costa Rica funds local Non Profit and Charitable organizations throughout the country that are working to preserve species and ecosystems, improve the lives of the local people and protect cultures.

Costa Rica, or “Rich Coast”, is a volcanic, lushly rain-forested Central American country located on the isthmus between North and South America Nestled between the coastlines of the Pacific Ocean to the West and the Caribbean Sea to the East.

Costa Rica’s Southern Zone is where you’ll find the tallest mountains, pristine cloud forest areas, and a virtually unexplored paradise. Find a large variety of birds and just an endless array of biodiversity.

Costa Rica’s Central Valley is home to the capital of San José and the Juan Santamaría International Airport. Steeped in History & Culture, many people use the capital as the jumping off point for their vacations.

Costa Rica’s Northern Zone is home to the country’s most famous Volcano and Cloud Forest Areas.

You will be amazed at the wildlife and all the biodiversity.

The Osa Peninsula is truly an unexplored paradise and a must see for nature lovers. If you are looking to get off the beaten path and explore – this is the spot for you.

Guanacaste is home to Costa Rica’s most popular beach destinations and all-inclusive resorts. If you are looking for a beach vacation, this is your destination for sun, sand, and surf.

The Nicoya Peninsula is still largely undeveloped and home to some of Costa Rica’s most beautiful beaches. Known for it’s laid back surfer vibe and boutique beach resorts.

Costa Rica’s Central Pacific Coast is home to some of the closest beaches from the capital of San José, which are easily accessible from the highway.

Costa Rica’s Caribbean Coast is a rich cultural area offering a laid back tropical atmosphere. Experience what Tico Time truly is on this Afro-Caribbean influenced area.

Nicaragua is a unique country full of culture and historical parts. You can see a lot of the old part of the colonial age including the cobblestone streets and old forts.

Panama is a totally different level of destination. It has so much to offer. You can experience history and modern architecture all in one in Panama City with skyscrapers and the old part of the city.

When you travel to Costa Rica the very first question you usually ask is where are we going to go?

Costa Rica’s diversity makes that a very hard question to answer. One thing is for sure you have come to the right spot. We will direct you to the best of the best in Costa Rica. Beaches, Volcanos, National Parks, Rainforests, and Waterfalls. The Beaches are for the surfers and sunbathers at heart only the best for you. Presently Costa Rica has five Active volcanoes, that means lava and lots of ash. The National Parks in Costa Rica are so famous because the variety of animals you find here. Costa Rica Rainforests to boast 5 percent of the world’s biodiversity. Lastly, the Cascading Waterfalls are the cherry on top of where to go. 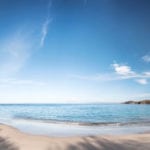 Costa Rica is located in Central America, it is a little strip of land separating North and South Americas. The neighboring Countries of Costa Rica are Nicaragua to the North and Panama to the South. Also the Caribbean sea to the east and the Pacific Ocean to the West. 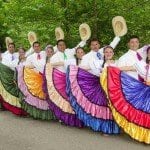 The people of this beautiful land are something else. They have different sayings foods and ways of life. Costa Rica’s current population is nearly 5 million, with about 1.2 million living in San Jose, the nation’s capital. 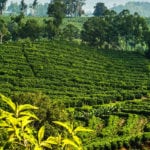 Costa Rica is about 10 degrees from the equator, and the weather is gloriously tropical year round. The average temperature is a mild 25°C to 35°C 70°F to 81°F with the coolest months being November through January and the hottest months being March through May, with an average of 12 hours of the sunshine. 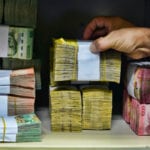 The official currency of Costa Rica is the Colón but ameican dollars is widely accepted. Also, feel free to use Visa, Master Card, and sometimes American Express. 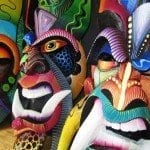 Costa Rica’s main language is Spanish with many different dialects and even tribal languages. Including Spanish Speakers from Nicaragua, Panama, Mexico, Columbia, and Spain. You will also, find Languages such as English, French, German Italian, Chinese, Portuguese and so much more. 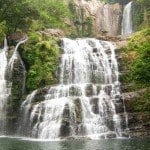 It borders the Caribbean Sea to the east and the Pacific Ocean to the west, boasting over 300 gorgeous tropical beaches. It contains 19,700 square miles of land, which are divided into seven provinces: San José, Heredia, Alajuela, Cartago, Guanacaste, Puntarenas, Limón. 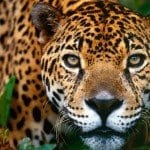 Costa Rica is considered to possess “the greatest density of species biodiversity per square mile” of any place on Earth supporting life to 500,000 different species. It is home to six percent of all present case, many of which do not exist anywhere else. 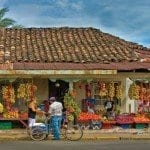 The Food here is absolutely a delight for your mouth. Fresh fruits tend to be everywhere, and ones you haven’t every heard before. And yet to mention Gallo Pinto a beautiful dish of rice beans chicken and many spices. Patacones, these are plantains cut up deep-fried squashed and then deep-fried again. 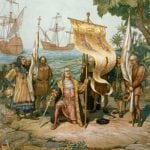 Before coming under Spanish rule in the 16th century, Costa Rica was inhabited by indigenous people. It remained a colony of the Spain until its independence was declared in 1847. It abolished its military permanently in 1949, preferring to invest in healthcare and education for its people.

Costa Rica is a Democratic Country. They are well developed considering this part of the world. The Literacy rate of the people is 98%, due to the high priority of education from the government. Roadways, bridges, airports, all infrastructure in general, is good. Looking at energy, this country is one of the leaders this past year they used 100% renewable resources, using hydro dams, windmills, solar electric, and geothermal. Also, the security of the country is very safe. Ex pats and travelers all agree it is the safest country in all Central America.

History
Discovered By Columbus and declared independence in 1847.